It’s a golden goose that every salesperson chases. A signature. After getting the verbal agreement or the written “yes” in an email. Then comes the part where they put it in writing, or in this case, in encrypted lines of code that takes the form of an electronically signed digital contract.

The actual most difficult part of being a salesperson can’t be boiled down to just one aspect. There are lots of parts of the job where things can go awry. One of those things tends to be getting a signature from a prospect. That’s where digital contracts come in and make that part of the process much easier.

You can sell directly with digital contracts

This is huge. Because during the demonstration with your prospect you’re using the product itself. Showing off all the bells and whistles that will leave them in awe. It’s also a bit ingenious because you’re using the product that you’re selling, to sell yourself. Playing chess while others play checkers if you will. You’re demonstrating the value of digital contracts in the sales process, in your own sales process.

For example, during a sales meeting with a prospect, it’s entirely possible to send them a contract, and edit it on the fly with them during the call. And then, if things go according to plan, that’s the very same contract they’ll sign when the deal is closed. It’s a real-world application of using digital contracts to sell.

Turn your negotiations into conversations

Let’s be real. Very few people like being sold to. Also, it’s harder to sell to someone when they are actively aware of that fact. They’ve got their guard up. So, an easier way to sell is to make it feel like you’re not actually selling them something. How? Including them in the conversation and turning the negotiation process into a two way conversation.

It’s a known phenomenon that when a person feels like they actively contribute to the outcome of a discussion or negotiation, they feel more satisfied with the result. And that they got a better deal because of their involvement. It’s just human nature. We all want to be included. Especially when we are involved with a process, as we feel better about it. Like we played a role in the eventual outcome. It’s the same with digital contracts. Your prospects will feel valued and better about the whole process.

So with digital contracts, giving your prospect the ability to edit and negotiate inside of the contract is huge. When they edit the amount of products and see the price go down? That’s a moral victory for them, and a victory for you.

Stay in the know on every deal

With a dashboard that tracks all of your digital contracts, you can stay on top of every deal. You can know when to give a little nudge to get one over the line. Or, on the flip side, know when to give your prospect some space. That way they don’t feel like they’re getting badgered. Sales is a profession that requires tact and finesse. Some deals you have to massage a little bit. You can’t always push them through with brute force. That’s why knowing when to take action and when to not is incredibly valuable.

When you’re selling with digital contracts, you have an incredible amount of info at the tips of your fingers. You can speed through the sales cycle, or navigate through it with the tact of a true professional. Whatever the situation calls for, digital contracts give you the ability to go from proposal to close as fast, or as slow as you need.

Digital contracts, especially in tandem with your CRM give you the ability to track the buying signals of your prospects. And you can respond to them in real time to give your deals a little nudge. For example, if you notice that your prospect has opened the contract in the morning, you can give them a call around lunchtime. Or if you’re feeling froggy you can call them while they’re inside the contract. That way, you know they’re looking at the contract and you can ask them if they have any questions, comments or concerns about it. You both know that they;re inside the contract, so they can’t really hide or feign ignorance when it comes to not knowing the details of the deal.

On top of having the data at an individual level, you can get an overview of all of your contracts. They can be sorted into workspaces for departments such as Sales, HR, Procurement etc. Or, getting the birds eye view of all contracts regardless of department is possible as well.

If there’s an integration that you don’t see yet, that’s not the end of the world. In fact, it’s quite the opposite. It can be the start of something beautiful. There are a plethora of upcoming integrations yet to be released, and there’s an Open API in which you can integrate whatever system you have with Oneflow’s digital contracts.

Selling with digital contracts is just smarter, more efficient and the way of the future. So don’t get left behind, sign up now, for free, here.

How to add an electronic signature to Google Docs 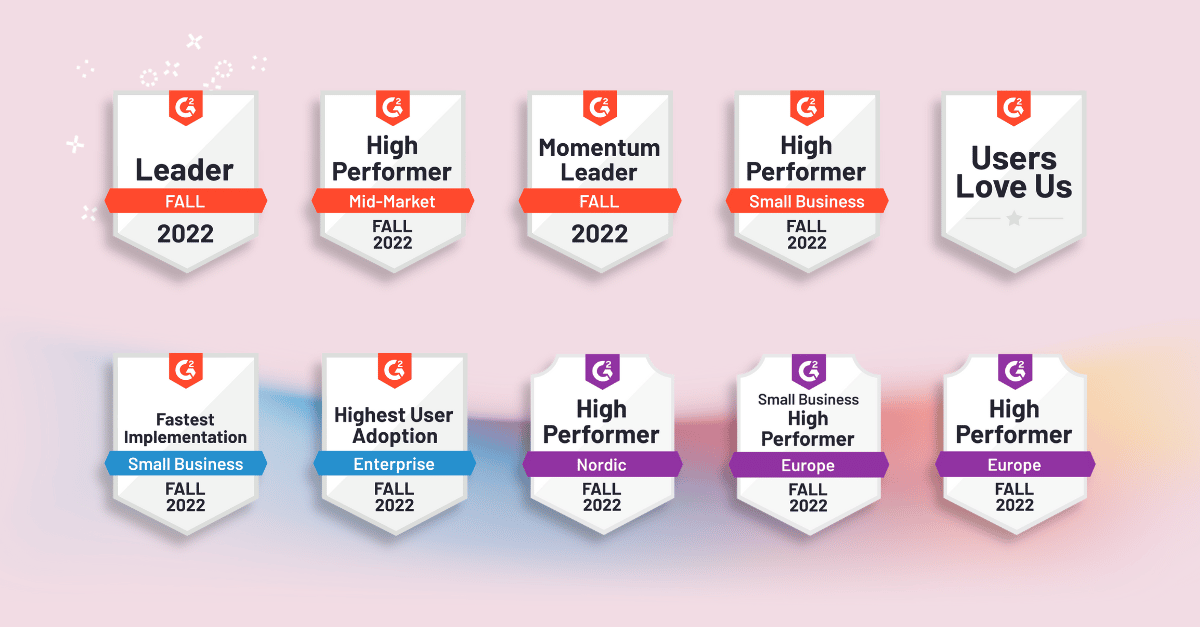 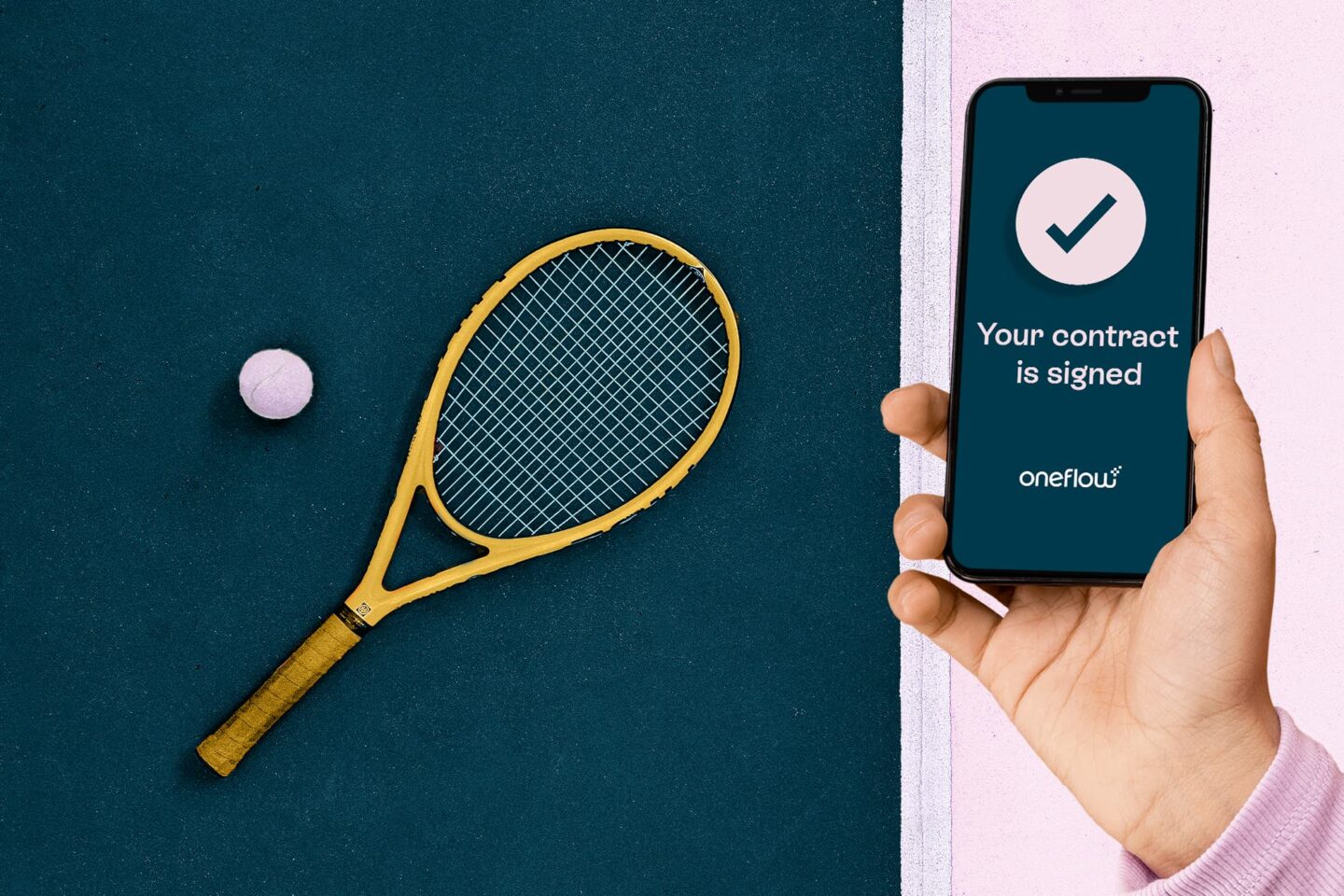 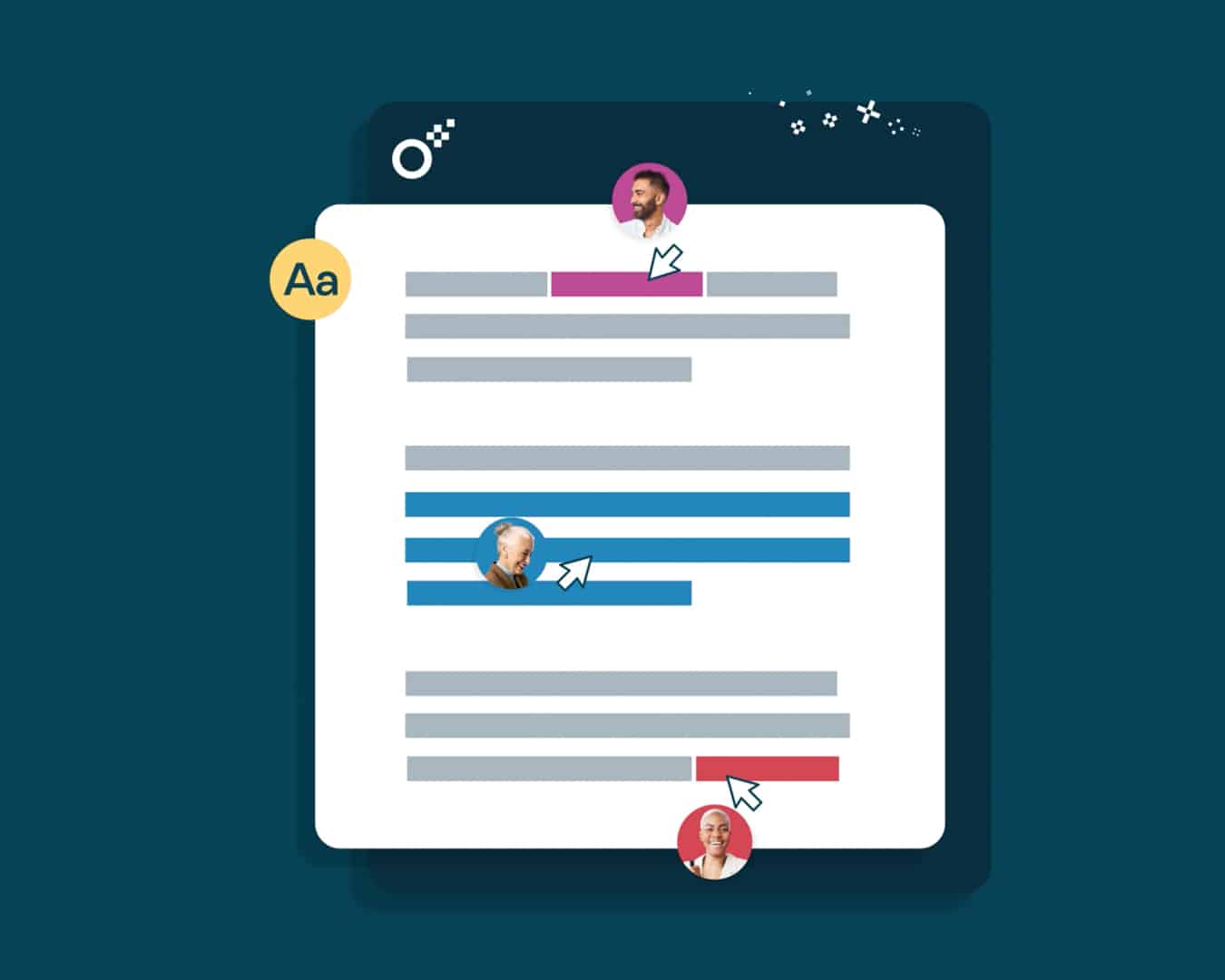 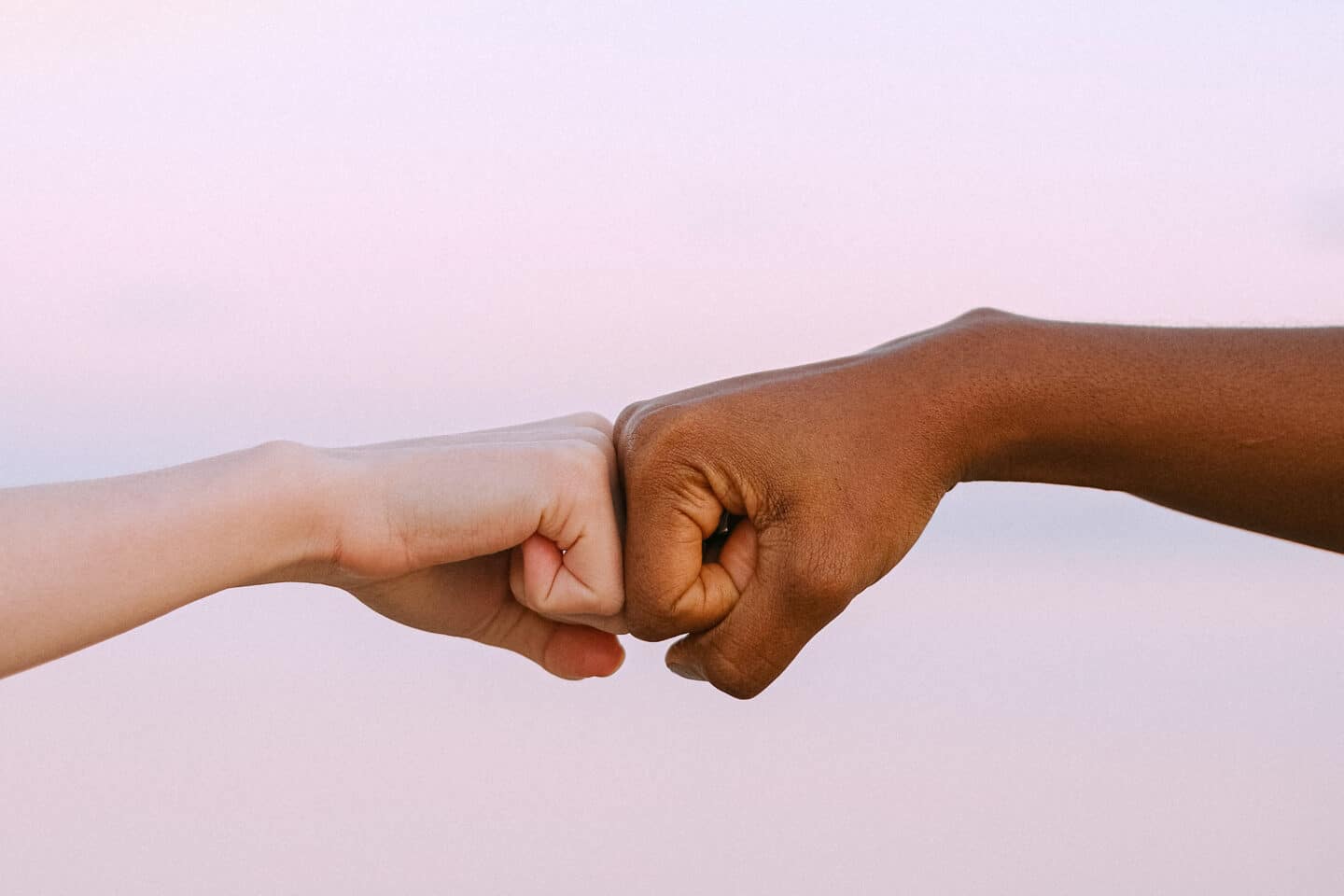 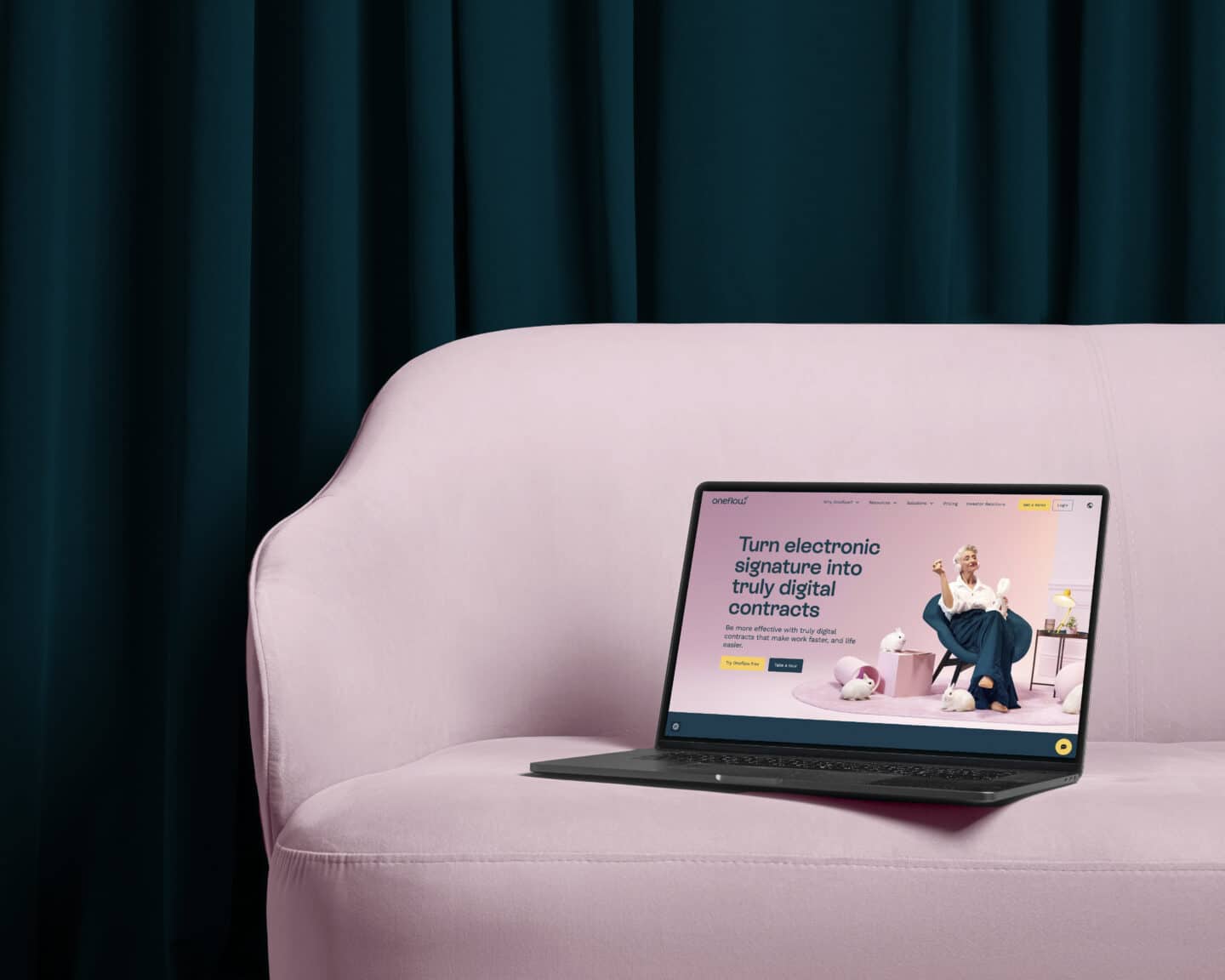 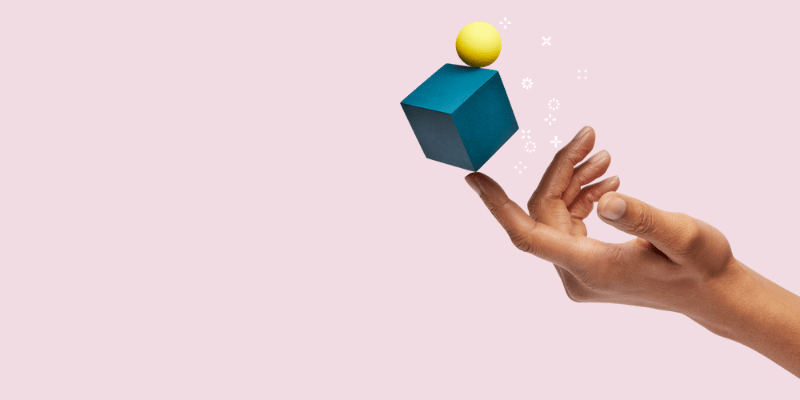 How to write a contract